Weam Namou – President – is the Executive Director of the Chaldean Cultural Center. She’s an Eric Hoffer award-winning author of 13 books, an international award-winning filmmaker, journalist, poet, and an Ambassador for the Authors Guild of America [Detroit Chapter], the nation’s oldest and largest writing organization. She hosts a half-hour weekly TV show, and she’s the founder of The Path of Consciousness, a spiritual and writing community, and Unique Voices in Films, a 501 (c)(3) nonprofit organization.

Namou received her Bachelor’s Degree in Communications from Wayne State University, studied fiction and memoir through various correspondence courses, poetry in Prague and screenwriting at MPI (Motion Picture Institute of Michigan). She has given readings, lectures, and workshops at numerous cultural and educational institutions and her poetry, essays, and articles have appeared in national and international journals. In 2012, she received an Outstanding Contributions to the Arts Award from Erootha, a local arts organization. 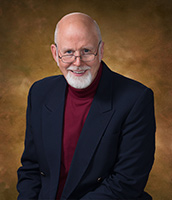 Dr. Stan Williams – Vice President – is an international award-winning video producer, filmmaker and show creator. He is a veteran producer of hundreds of documentaries, an author, and an active Hollywood script consultant who has worked most notably on multiple film projects with Will Smith. Will Smith endorsed Dr. Stan Williams’ book, The Moral Premise, as “The most powerful tool in my new tool box.”

Since 1972, he has managed hundreds of industrial and dramatic productions, including numerous documentaries, live shows, theater, live and broadcast television as producer, director, writer, editor, and executive producer working with both union and amateur talent. He is Executive Producer and Director for SWC Films and Nineveh’s Crossing a media distribution company that focuses on the intersection of Catholicism and Entertainment.

Stan holds an earned Ph.D. in Communications-Film Studies (1998, Wayne State University), an M.A. in Speech-Communications (1980, Eastern Michigan University), and a B.A. in Physics (1969, Greenville College). He has completed numerous workshops and professional forums including the competitive Act One: Writing for Hollywood, a month-long screenwriting workshop (New York, 2000).

Nabil Nona – Secretary – Nabil is a producer and director known for Nightmare (2011), The Summoner and Consequences (2017).  Born in Iraq in 1971, he was as a child infatuated with American cartoons, movies, and TV shows. He learned English by listening to American dialogue and reading subtitles in Arabic.  Nabil immigrated to the United States in 1994 where he found himself going to theaters to watch the latest movies, analyzing every performance by the actors, cinematographers, and directors. He would wait for the movie to come on DVD to watch it again but with the added bonus of behind-the-scenes footage where it explains how the movie was made and how the actors performed under whatever conditions and still gave their best.

In 2009, he decided to study acting and filmmaking and felt it was one the best decision he had ever made. A year later he wrote, acted in, produced and directed his first short film. Since then he has been producing and directing other shorts, TV commercials, music videos and TV shows. His goal is to keep creating and making meaningful films or shows that entertain the audience but also make them think after watching the film.

Heyam Namou – Treasurer – Heyam has produced and been a production manager for a number of music videos and short films. She is a financial and business consultant for two independent Michigan film companies. She is a professional interpreter with excellent verbal and written fluency in Arabic and English as well as Chaldean (Aramaic). Over the years, she has received Certificate of Completion for Family Psych-education and one for Health and Medication Training.

Marshal has written and produced plays in Chaldean (Aramaic), Arabic and English. His plays include “The Miser” (2014), “Khalid and Khiloud’s Wedding” (2012). He is the founder and president of Iraqi American Film and Theatre Association, LLC, established in 2014. Marshal co-authored and produced two films in Iraq, “The Bitter Time” and “The Flood.” He has written several novels, over fifty short stories, and several feature scrips. Twice he won the best story contest that was sponsored by Ankawa.com and Hammurabi magazine. His latest novel is “7000 Years BC When Women Ruled.”